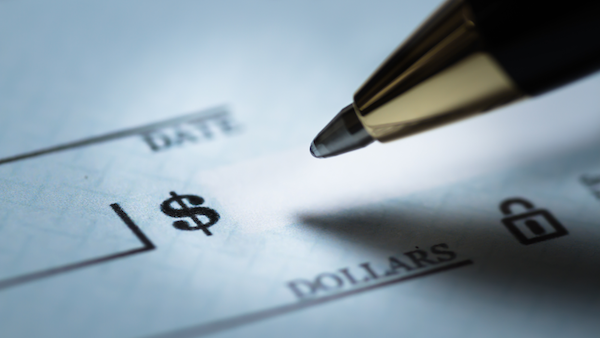 Some of the more common questions I get are:

“When should I settle my car accident claim?”

“How much is my case worth?”

This article will explain why there are not simple answers to these question.

At the risk of this sounding like too much self-promotion for lawyers, the right lawyer can make a huge difference on a car accident claim and I will explain why. Car accident claims do not fit within a neat box, and despite what insurance companies might claim, there is not a mathematical formula that applies to settlements. Every case is different and the outcome depends largely on how the case is handled.

How Insurance Companies Are Involved in Car Accident Settlements

In order to understand settlement, you first must understand why cases settle in the first place. Let’s use a simple hypothetical: a drunk driver hits your car and you suffer a herniated disc in your back, and total loss of your car. The drunk driver has insurance through State Farm.

** Disclaimer: this is very much a simplified example there are many legal nuances beyond the scope of this article, including 1st party insurance– please call for advice specific to your claim.

So why do cases ever settle if the insurer isn’t required to pay unless the drunk driver is legally liable via judgment?

A couple main reasons. One is that the contract between the drunk driver and State Farm includes State Farm’s duty to defend. The duty to defend means that State Farms agrees to provide a lawyer to defend it’s insured. Thus, if a lawsuit is filed, State Farm must hire a lawyer and pay for whatever it takes to defend the case, which can be very expensive.

Secondly, Montana law imposes some unique duties on insurance companies. One comes from an important case called Ridley v. Guarantee National Ins. C. (1997), which established that 3rd party insurance companies, like State Farm in our example, are required to advance pay a plaintiff’s medical bills when liability is “reasonably clear.” Thus, under Ridley in our example, State Farm would be required to pay your medical bills prior to any settlement, assuming that liability for the crash and injury is “reasonably clear.”

Ridley is critical because it imposed a clear duty directly from a 3rd party insurer to a plaintiff. From a practical perspective, it had enormous impact on how insurers handle claims because insurers could no leverage settlement by refusing to pay for obvious bills, and forcing the victim to either settle cheaply or suffer financially. The concepts in Ridley also require the insurer to advance-pay for the total loss of the car as well.

Montana imposes additional unique duties on insurance companies found at MCA, 33-18-201, which lists 14 different duties. Pertinent here is (6), which prohibits an insurer from, “neglect[ing] to attempt in good faith to effectuate prompt, fair, and equitable settlements of claims in which liability has become reasonably clear.” Thus, insurers have an affirmative duty to attempt to fairly settle claims, which also puts some pressure on insurers to settle claims without requiring a third party victim to file a lawsuit.

To summarize, an insurer has incentive to settle because there are specific laws in Montana that require an insurer to engage in settlement negotiations in good faith, and the practical reality that settlements save the insurer from having to pay its own attorney to defend a lawsuit. In the above example, State Farm is concerned about its duties under Montana law, and the threat of a lawsuit and verdict that cost money.

Empty threats rarely work in this lawyer’s experience. You need to be prepared to file lawsuit and litigate the case to conclusion, in order to force the insurer to settle for fair value. The insurer needs to know when you are serious! on the flip-side, if the insurer knows that you are not willing to file a lawsuit, the insurer will take advantage by offering an unjust amount.

Hopefully you will see by now that there is not a clear answer as to when a claim “should” settle. You may think your claim is worth $100,000, but perhaps the insurance company is only offering you $5,000 because it knows that you won’t actually file a lawsuit.

Should you settle then? Of course now. If the insurance company realizes you are looking for a quick settlement, they will happily oblige with a quick and low offer. I’ve talked to many people who tell me the insurer called them days after a crash offering approximately $1,000. The best answer of “when you should settle” is: when the insurance company is most afraid.

Additionally, it is advisable to refrain from settling a case until you have decent clarity as to your permanent health. In the above example, involving a herniated disc, that might mean that you even have a back surgery and recovery before knowing your permanent status. You may never fully recover, but you want to at least have an idea of what the future medical needs. For instance, in the herniated disc example, even after surgery you may need pain injections every year for the foreseeable future. You want to know that information prior to settling, and have a doctor confirm.

Insurance company are most afraid when you have all your ducks in a row and you are ready to bring your case to court, and a trial. That typically means you have copies of all your medical records and bills, you have collected all the evidence of the drunk driver’s liability, you have spoken with witnesses, at a minimum. By doing this work, the insurance company knows that you are serious. Even so, it still oftentimes requires filing a lawsuit and taking it to the bitter end before the insurance company pays fair value.

Can you do all of this without a lawyer? Theoretically, yes, but very unlikely. This article is not meant to tell people they need a lawyer; rather, it is meant to show how the process actually works and that without a lawyer you will very likely be overmatched. Also, there are legal maneuvers beyond the scope of this article that an experienced lawyer can use to put pressure on an insurer under MCA, 33-18-201. We have a track record of significant results.

So when should you settle? By now you see that it is complicated, and largely driven by asserting leverage on the insurance company, and also your medical recovery.

How much should I settle for my car accident claim?

This is the magic question I get from prospective clients. Sometimes people call me on the phone, and tell me the insurer is offering $10,000 and ask, “is this a good settlement?” No lawyer should ever answer that question without gathering all relevant evidence in order to make an informed decision. More importantly, the same issues discussed above apply. A case is worth how much a jury will assign via verdict, or, how much an insurance company believes a jury will assign.

It’s possible that the insurer is offering you $10,000 on a case that is actually worth $100,000, but if the insurer knows you are not a threat to go to court, why would they offer more? That would just be bad business. Again, how much your case is worth largely depends on how much the insurer fears a verdict.

Sadly, many people are fooled by premature insurer-offers. People are understandably afraid themselves of the legal system. Also, insurance companies have spent billions in propaganda campaigns to convince people that plaintiff’s lawyers are bad, and that a lawyer will just take money from your settlement. In truth, internal studies from insurance companies have shown that people with attorneys receive over 3 times more than people without attorneys. Don’t fall for it. Insurance companies also spend millions in Montana to lobby for laws that take money from victims, and make insurer’s richer.

In the vast majority of cases, the only way to get full value for your case is to hire a lawyer that is truly willing to push your case. There are some lawyers who advertise as car accident lawyers, but who are themselves unwilling to actually litigate cases. Find the right lawyer, one who is honest, thorough, and willing to go to court. It’s the only way you will get full value. Do good personal injury lawyers get paid well? Absolutely, but that’s only because they make a huge difference by increasing your settlement.

So how much should you settle for? It depends entirely on whether you are willing to hold insurers accountable. If you are interested in more information about settling your claim, give us a call.