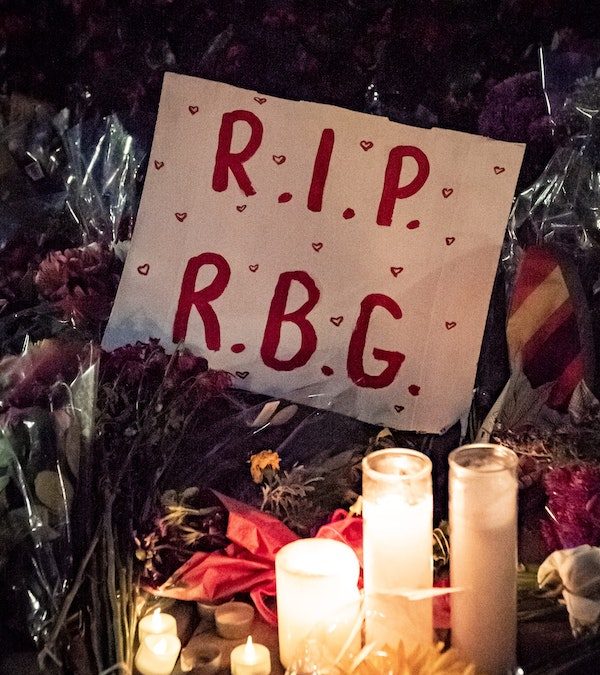 We are all aware that Ruth Bader Ginsburg passed away on September 18, 2020 at the age of 87. I don’t even know where to start with Ginsburg’s life and history but I would encourage any reader to learn as much about her beautiful life as possible. She was an icon, a champion of the woman’s rights before it was mainstream, and a fighter for those with a deafened voice. This article is not about Ginsburg’s life and achievement because my words would not do her justice, instead this article is about the looming fight over her Supreme Court of the United States (SCOTUS) seat. This is an opinion from an interested Montana lawyer.

Backdrop of the Ginsburg Seat

Before getting upset with republicans for invoking the nuclear option, it should be noted that Senate democrats were the first to invoke the nuclear option in regard to judicial confirmations, albeit with federal appeals court nominees, not SCOTUS nominees. Gorsuch was confirmed with a 54-45 vote, with 3 democrats joining the republican majority.

The seat filled by Justice Gorsuch was the seat of the late Justice Scalia, who passed away in 2016, the last year of Barack Obama’s presidency. President Obama nominated Merrick Garland in 2016 to fill the vacant seat.

Merrick Garland was a relatively moderate justice, and his middle of the road record likely played into Obama’s decision to nominate him. President Obama knew it was an uphill battle to confirm any nominee given that the democrats were the Senate minority. By nomination Garland, a moderate, perhaps enough Senate republicans could be swayed to confirm. Garland was impeccably qualified, as the Chief Judge for US Court of Appeals for the District of Columbia Circuit, aka, the “Little Supreme Court.” Nonetheless, Garland was denied a hearing, let alone confirmation, by the Senate republicans.

The fact of blocking Garland is not necessarily the issue — republicans had the majority and thus the power. The problem is that the Republicans manufactured some vague unwritten rule that supreme court justices should not be confirmed in an election year. This “election year rule” does not exist, but there is no shortage of video clips and quotes from current and former GOP Senators claiming a principled, even Constitutional, basis for refusing to confirm a SCOTUS nominee in an election year. A few examples:

Ted Cruz – “I proudly stand with my Republican colleagues in our shared belief — our advice and consent — that we should not vote on any nominee until the next president is sworn into office.”

Lindsey Graham – “I want you to use my words against me. If there’s a Republican president in 2016 and a vacancy occurs in the last year of the first term, you can say Lindsey Graham said, ‘Let’s let the next president, whoever it might be, make that nomination.”

Mitch McConnell – “Given that we are in the midst of the presidential election process, we believe that the American people should seize the opportunity to weigh in on whom they trust to nominate the next person for a lifetime appointment to the Supreme Court.”

Montana’s Steve Daines – “The American people have already begun voting on who the next President will be, and their voice should continue to be reflected in a process that will have lasting implications on our nation. The U.S. Senate shoudl exercise its constitutional powers by not confirming a new Supreme Court justice until the American people elect a new President and have their voices heard. I will oppose any hearing or votes for President Obama’s nominee to the Supreme Court”

Scalia died February of 2016 so though it was technically in an election year, it was far from election season and almost a year before the next president would actually take office. Republican Senators now have reversed course and all reports indicate that the Senate will have a majority to confirm the eventual nominee.

Again, it is important to remember that there is no actual rule preventing the republican Senate from confirming a nominee now, in an election year. The “election year rule” does not exist, and in this writer’s opinion, should not exist (someone is in office or not). The only problem for republican Senators is their own words — they said confirmation cannot happen in an election year. What changed? Nothing, but here are the alleged distinctions.

What Now with the Ginsburg Seat

My two cents, for what its worth, is that there should not be an election year rule with regard to SCOTUS nominations. Presidential and Senate terms are defined, and those terms should dictate the scope of their respective powers. The election year rule is a vague and poorly defined principle, that only invites chicanery and partisanship. It started with the unfortunate Garland situation, where an impeccably qualified jurist was denied based on partisanship, and explained by some flimsy election year argument that is now making the republican Senate look foolish.

Both parties share blame as set forth in the above history. In my opinion, a little bit of the judiciary’s integrity dies every time this type of partisanship nonsense occurs. The judiciary is suppose to be the one nonpartisan branch, above the rest, answering only to the rule of law. I still believe it, but it gets harder to believe each time politicians get involved.

So what’s going to happen? There is little doubt — Senate republicans will quickly confirm a new nominee. The above background and argument, though juicy, does nothing to change the fact that Republicans, owning both the Presidency and the Senate, have the authority to confirm a new SCOTUS judge. The only thing that could get in their way is honesty and integrity, but that doesn’t appear to be any obstacle.

You can contact Kiel Duckworth at Duckworth Law. Duckworth law is located in Polson, Montana. Kiel is a Montana trial lawyer specializing in injury and workers’ compensation claims.