Judge Gustafson – Why to Vote for Her Re-Election 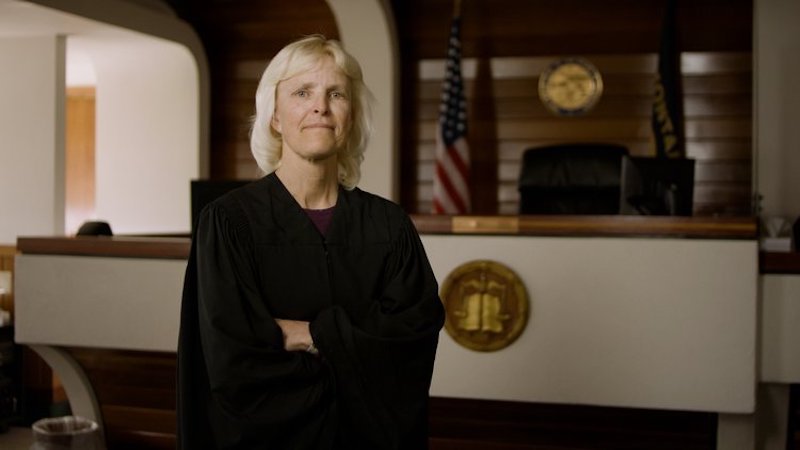 Judge Gustafson deserves to be re-elected. Here is why.

Judges in Montana are elected, which can give the impression that judges are political, like the executive and legislative branches. It is not true. The Judicial Branch has a very clear, non-partisan, constitutional directive: interpreting laws, settling legal disputes, and upholding the constitution.

The vast majority of cases in the legal system have nothing to do with politics. Examples are: someone is charged with a crime, people getting divorced, an easement dispute by property owners, an adoption, or mental incapacitation, taxes, a business dispute, a person or corporation injures a person, people frustrated by zoning regulations, etc. These types of cases are all very important and flood our Courts. They also require actual experience on the part of the Judge to decide.

Judge Gustafson practiced law in Montana for 16 years, doing a variety of work. She then was a District Court Judge for approximately 14 years in Yellowstone County. Then she was appointed, and re-elected, to the Montana Supreme Court and has been there since 2017. In all, she has been involved in or presided over thousands of cases, involving all types of areas of law. It is an impressive resume of actual legal experience, but of course someone should have an impressive and broad resume to qualify for the Montana Supreme Court. There are many more details to her experience, and you can find some of them here.

The comparison to her opponent, James Brown, isn’t even close. He may be a fine lawyer, and I don’t personally know one way or the other, but his experience is pretty limited compared to Judge Gustafson. He hasn’t practiced law for nearly as long, and has never been a judge in any capacity. It’s not clear that his legal resume is very long, diverse, or significant. Typically judges work their way up, like in any industry. Brown has no judicial experience, yet seeks immediate appointment to the highest Court in the State. I wouldn’t want a doctor who had never done a surgery to do a surgery on me; or, a plumber who has never been a plumber to connect my toilet. It’s a simple matter of qualification.

There is an even more important matter, and that’s the structure of our government and the Constitution. If we actually care about the Constitution, and I frankly am not convinced that many people and politicians do (for example, read this), then we must have impartial judges. Unlike other branches of the government, Judges are suppose to be non-partisan. Not Republican, not Democrat, not whatever else. This is not my opinion, but comes from the Constitution and other rules.

Rule 2.4(B). A judge shall not permit family, social, political, financial, or other interests or relationships to influence the judge’s judicial conduct or judgment.

Rule 3.1(C). a judge shall not….. participate in activities that would appear to a reasonable person to undermine the judge’s independence, integrity, or impartiality.

You get the point, judges cannot be politically motivated or influenced. These aren’t some arbitrary rules, these rules are absolutely critical to an independent judiciary who impartially interprets law, without outside influence.

Amazingly, Brown’s website says “nonpartisan” yet he has openly campaigned with politicians, attended fundraisers organized by politicians, and has been openly endorsed by numerous politicians. It does not seem to comport with the canons of judicial ethics, but that’s not for me to decide.

Really, Judge Gustafson’s resume and experience alone should be enough to win in a landslide, if politics were not involved. It seems like her opponent knows that, and so the decision has instead been made to pander to party politics. I believe Montanan’s are wise enough to recognize this, and will vote for the more qualified candidate.

I’m also not so naive to believe that politics do not weave into judicial races, but we need to do everything we can to prevent it. The judiciary has to take steps to remain independent, else we risk empowering the government to an unchecked and unbalanced degree. A win for partisan judges, is a win for big government. At least that’s what the founders of the Constitution thought.